The following projects are all from Liesl Gibson's Little Things to Sew book. They were all pretty basic sewing and were quick to make. 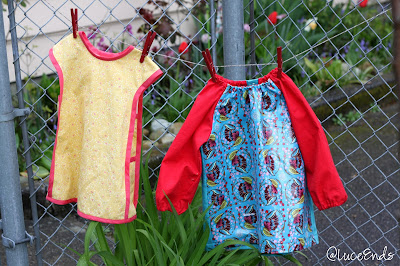 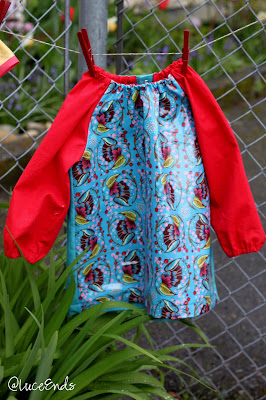 I made the smallest size, which still has lots of room for a growing girl. I had looked at a few stores for an art smock, but the only thing I could find were big bibs from Crayola. I knew Miss H would need the long sleeves for painting. The front of the smock is made from Anna Maria Horner oilcloth, and the sleeves and back of the smock were made from half yard solid scraps I had in my cupboard. This was very easy to make. As usual, I closed the back with snaps, rather than buttons. 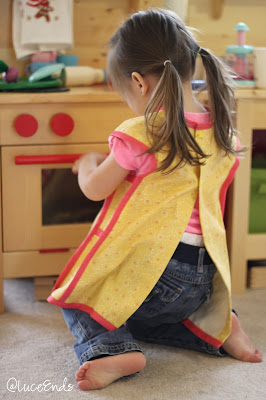 This is probably the easiest kid thing I have ever made! I was able to cut it quickly and sew it together in about an hour. I used some canvas-type Lisette fabric that I got on clearance from JoAnn last fall. The small size used just over half a yard and just over a package of pre-made double fold bias tape. Next time I may make my own bias tape just so it will be cuter. Again, I used snaps for the back closure. Miss H loves it! 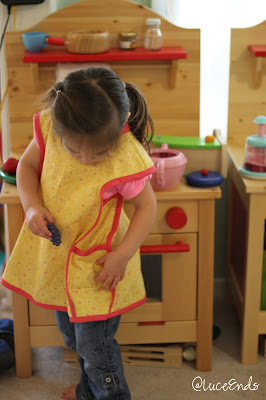 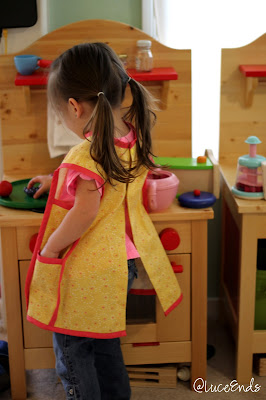 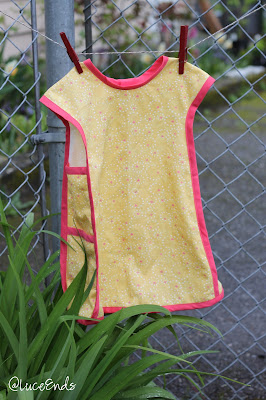 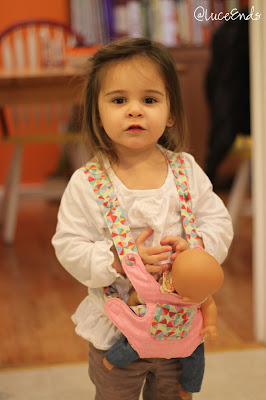 This is a great scrap project. I have owned this book for a couple years, but held off making the bear (baby) carrier because I thought it would be too big for her. It is still a little on the big side, and it is too confusing for her to put it on by herself, but she loves it! 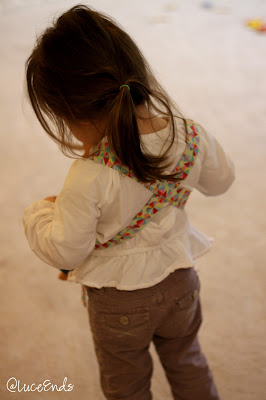 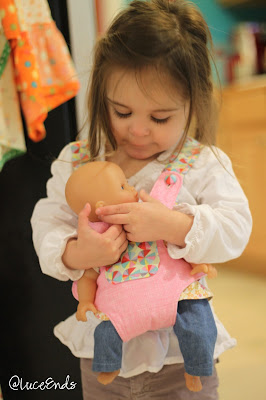