Sewing Stream: A Skirt and A Shirt (or Two)

I made a skirt for Halcyone at the beginning of the summer from the Oliver + S Hopscotch pattern. It is still a little on the big side. I know she is still tiny for her age, but I am beginning to think that most of the Oliver + S patterns run a little large. I didn't have the yardage suggested for this skirt, so I broke the pattern up a bit and used different fat quarters for the pockets, skirt body, and band. As usual (for me) I substituted size 16 snaps for the buttons down the front. Halcyone is partial to this one because it has giraffes! 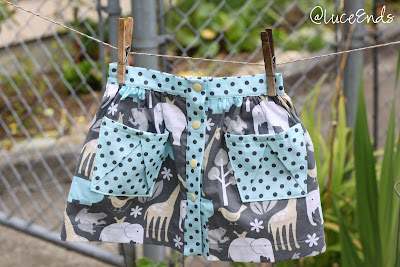 I had some other smaller pieces of fabric that I wanted to use for summer clothes. I had hoped to figure out a dress pattern for them, but ended up falling in love with the Oliver + S 2+2 Blouse pattern. I made a trial shirt to get the hang of the pattern, then followed it up with a 4th of July top. Again, I used size 16 snaps from The Snap Source for the back of this top instead of spending extra time on button holes. This pattern runs a little truer to size. 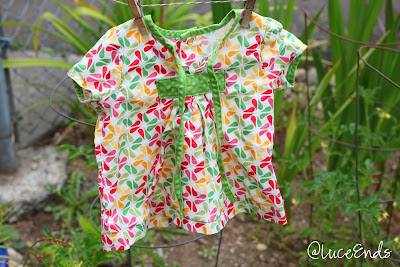 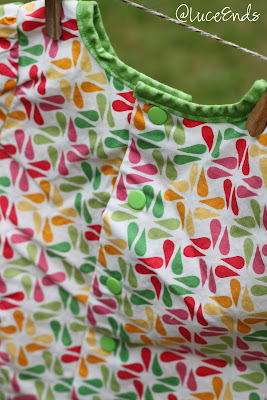 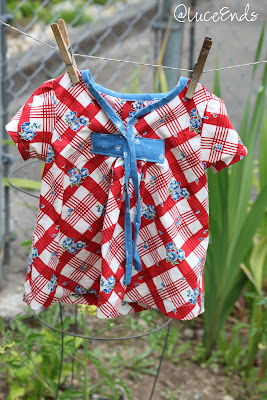