We decided to take a drive up to Vancouver on Sunday to see the Olympic sights. Neither of us had been to Vancouver before, and we both wanted to see the excitement since it was so close to home!
We found parking close to the Olympic Village and walked several blocks to a subway station where we took the train under the water and ended up near BC Place. While we were walking to the train we passed Shannon Bahrke on the sidewalk! (Yes, I recognized her because of her pink hair!) Walking a few blocks south, we found a huge television over a closed street with a crowd of people watching the end of the USA vs. Canada hockey game. We ate our lunch while it finished and went into overtime. When Canada won, we realized how thankful we were to not be wearing any USA motif. Everyone started yelling, ringing bells, and running around. The people who lived in the buildings around us opened their windows to participate in the excitement. 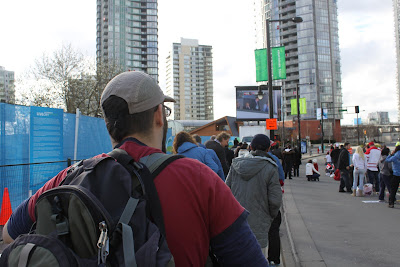 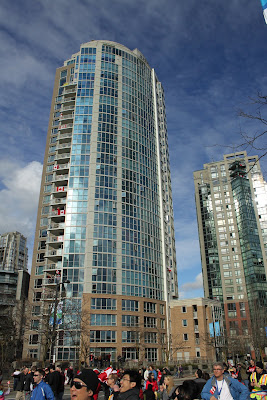 Once the game was over we decided to walk to BC Place and see what it looked like and check out closing ceremony tickets. The street were filled with screaming people running around with pitchers of beer, cars honking, and people waving flags. It turned out the only tickets left for the ceremonies were $450 each for obstructed view seats! We decided to keep walking. 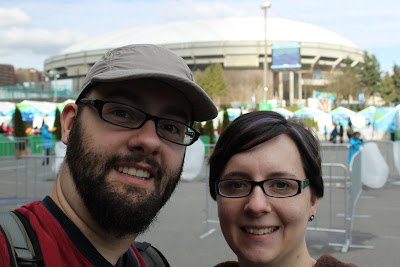 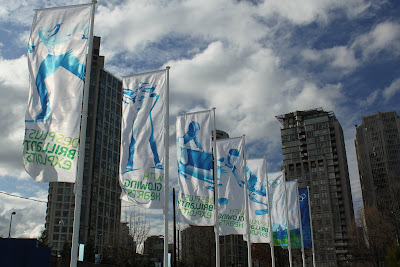 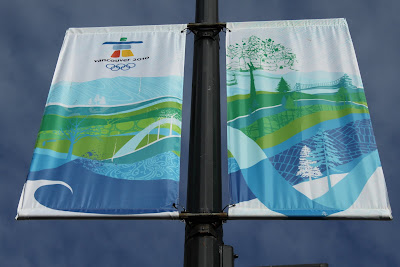 We decided to find the Hudson's Bay Company and visit the Olympic store on the bottom floor of the building. We had to walk through crowds of people again and past hundreds of Vancouver police blocking roads. 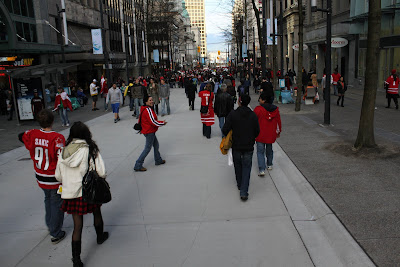 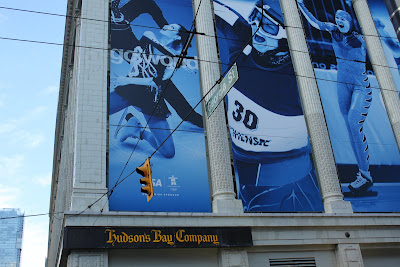 From there we headed down towards the waterfront in search of the torch. Along the way we found a few other cool looking buildings and the Olympic rings our on the water! We found the torch but couldn't get very close because there was a 2-3 hour line to get to the viewing platform. 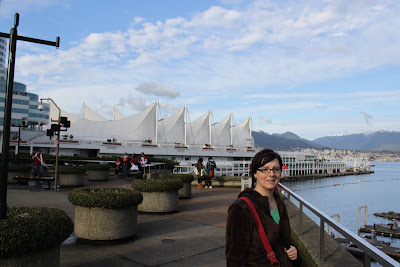 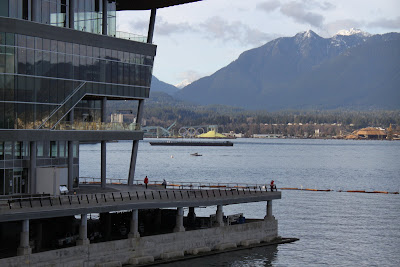 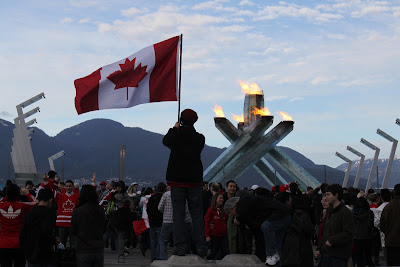 By the time we were done on the waterfront, our feet were getting really tired and we still had to get back to our car and back through the border. We thought we may end up sitting in a line to get out of Canada for hours, but it turned out to just be 15 minutes! We stopped in Ferndale for our inaugural Sonic Drive In dinner. The food was excellent, and I think their diet cherry limeade is the best sugar free drink I've ever had! We even made it home in time to watch most of the closing ceremonies on television. 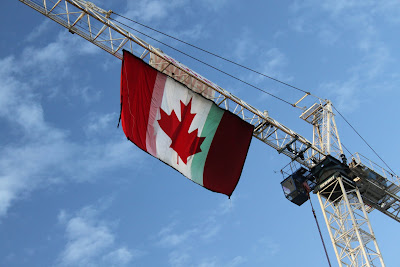